About Fungal Infection in Dogs

Fungal infections can affect your dog's breathing, skin, or internal organs making your pooch uncomfortable, and very sick. In today's post our Flat Rock vets explain a little about some of the most common fungal infections in dogs, their symptoms and how they can be treated.

Types of Fungal Infections in Dogs

Your pooch could contract a fungal infection as a result of contact with an infected animal, encountering the fungus in the environment, or due to an overgrowth of the fungi (yeast) which is naturally present in and on your dog's body.

Cryptococcus is a fungus found mainly in areas where large numbers of pigeons or other birds gather. This fungus can be inhaled by your dog, resulting in a lung infection. Cryptococcosis tends to begin in the dog's respiratory tract, but can go on to affect your pet's central nervous system, eyes, and skin. Symptoms of cryptococcosis vary from one dog to another but can include symptoms as wide ranging as skin lesions, lethargy, coughing, nasal discharge, and eye problems, to seizures and other neurologic abnormalities. Oral antifungal medications are typically used to treat dogs suffering from cryptococcosis, however it often needs to be administered for a year or longer. This condition can be difficult to treat and many dog's are unable to recover from this condition.

Caused by the fungus Blastomyces dermatitidis, blastomycosis most commonly takes the form of a lung infection. This fungus thrives near beaver dams and other areas with moist acidic soil rich in decaying vegetation, where hunting dogs are at the highest risk of inhaling fungal spores. While the infection is contained within the lungs symptoms of blastomycosis include coughing, fever, lethargy, loss of appetite, and weight loss, however if the infection reaches other areas of your dog's body you may notice symptoms such as lameness, blood in urine, eye problems, skin lesions around the toenails, and fever. When diagnosed and treated early oral anti-fungal medications can be a curative treatment.

Aspergillus is a species of fungus found in soil all around the world and is responsible for two main types of fungal infections seen in dogs:

Ringworm in dogs is caused by a collection of pathogenic fungi. This skin issue is extremely contagious and spread when your pup comes in direct contact with an infected animal,  person, or object such as a couch, comb, bowl, bedding, or carpet. Symptoms of ringworm can affect your dog’s skin, fur, or nails and can include hair loss, itching, flaky or crusty skin, and misshapen or brittle nails. To prevent the spread of ringworm to other household pets or people early diagnosis and treatment are essential!

Treatment your dog's ringworm will depend upon the severity of your pup's infection but may include a combination of medicated baths and dips and/or oral antifungal medications. It will also be important to vacuum and disinfect your home frequently in order to help prevent the spread of ringworm to others in your household.

Treatment of fungal dermatitis may be an ongoing effort. If your dog has a compromised immune system or allergy, fungal dermatitis may be difficult to treat. Some dogs will experience secondary yeast or bacterial skin infections along with severe skin allergies multiple times a year. If this is the case for your pup, your vet will work with you to develop a custom treatment plan to address your dog's health concerns.

Is your dog showing symptoms of a fungal infection? Contact our Flat Rock veterinary clinic to book an appointment with our veterinary dermatology team. 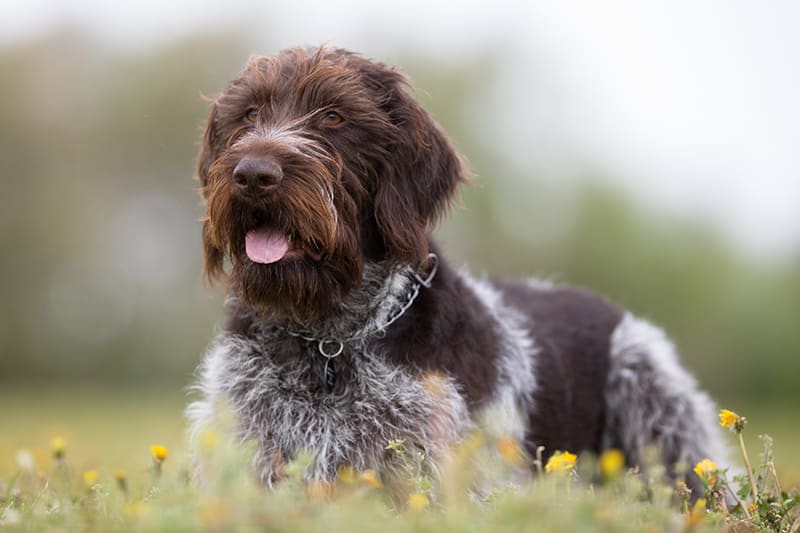 How often do you take a cat to the vet?

You want to do everything in your power to help your cat live a long, healthy life. So, how often should you take a cat to the vet to keep them feeling and looking their very best? From their first days as a kitten to their senior years, here are some recommendations from our Flat Rock vets.

Cat Limping - When to See the Vet

While cats are typically thought of as nimble, agile creatures, illness or misadventures can cause limping and discomfort. Today, our Flat Rock vets list a few reasons why your cat might be limping, and when to go to the vet.

Cat Dental Health & Care: What Every Owner Should Know

For cats, dental health is key to good long-term oral and overall health. In this post, our Flat Rock vets share some tips on how to care for your cat's teeth and maintain their dental health. We also discuss how to tell if your pet has dental health issues and review the benefits of professional pet dental cleaning exams and services.

Cat Laryngitis: What to Do if Your Cat Loses Their Meow

Have you noticed that your kitty's meow has been reduced to a scratchy rasp, squeak or complete silence? Laryngitis in cats can be caused by numerous factors. Today, our Flat Rock vets share more about cat laryngitis symptoms, causes and treatments.

Can My Dog Get Cavities?

Do dogs get cavities? The answer is yes, and just like in humans, poor oral hygiene can lead to cavities in dogs. Our Flat Rock vets offer tips on how to prevent cavities in dogs and what to do if your dog has one.

Is My Kitten Teething?

Cats, like people, have baby teeth that fall out before their permanent teeth emerge. In today's post, our Flat Rock veterinarians explain kitten teething and how you can help.